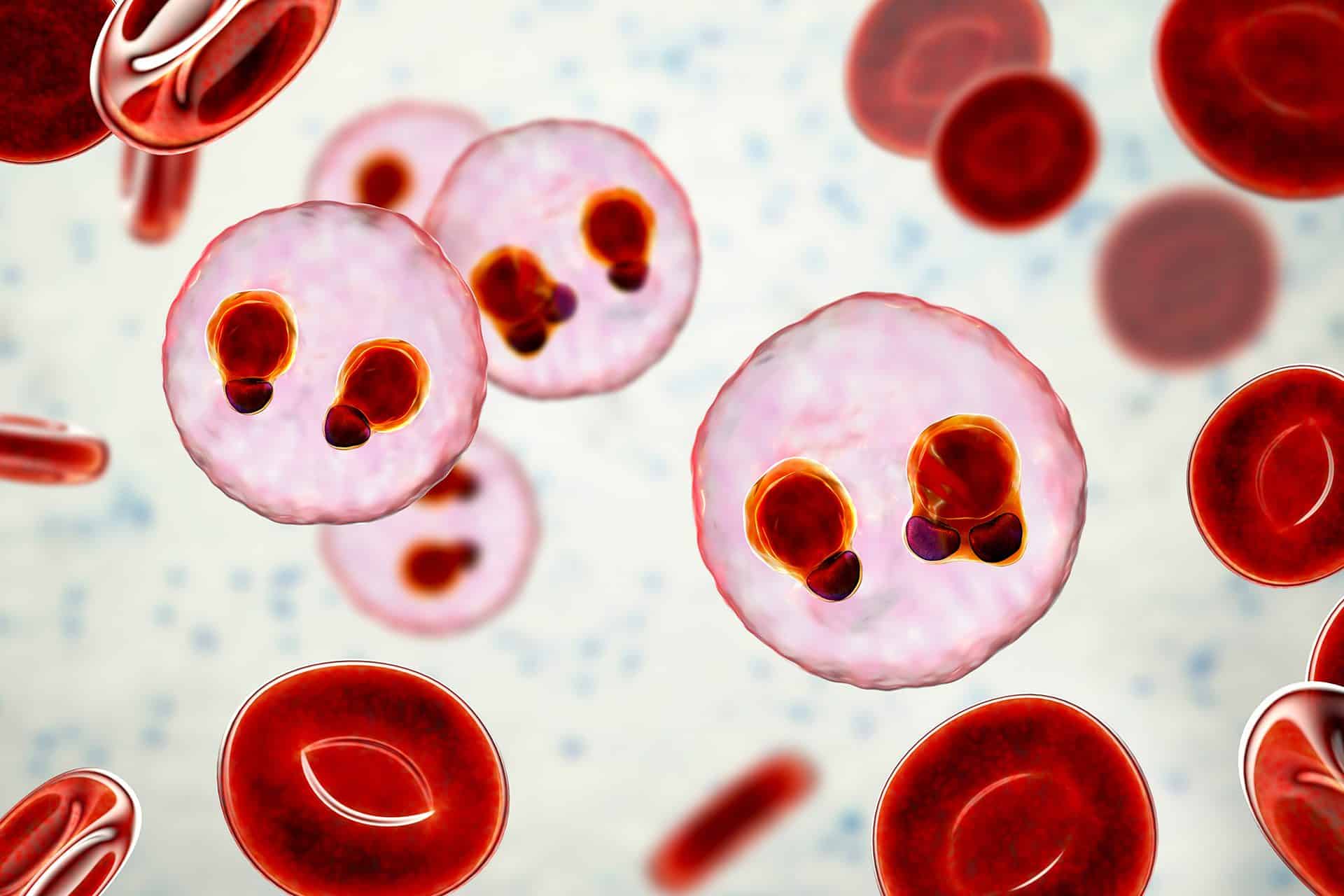 What Causes Aging & How Do We Stay Young?

Recently in the news it was reported that Jeff Bezos was joining a group of billionaire entrepreneurs to start an anti-aging company called Altos. This company is pursuing biological reprogramming technology as a way to rejuvenate cells in the lab which can then be brought into the marketplace for use in humans. Joining the company are leading scientists such as Shinya Yamanaka who shared a 2012 Nobel Prize for discovering how to reprogram cells to revert into a primitive state with the properties of embryonic stem cells. Also Steve Horvath who was developer of the ‘biologic clock’ that can accurately measure human aging.

Let us discuss this topic in some detail and then review the current therapies available that have been shown to rejuvenate cells.

What is aging?
The general perception of aging is strongly predicated on our measurement of two qualities: form and function.

When we think of health and youth we associate the physical attributes of tight skin, muscle mass, erect posture and rapid fluid motion whereas our perception of illness and age is that of less tight/sagging skin, reduced muscle mass, stooped posture and slower more erratic motion.

So, what happens to the body that drives these changes in form and function and can the aging process be slowed or stopped?
As one might expect it is a very complicated discussion but it all boils down to one thing which is ‘cellular health’.

What are cells?
Cells are individual microscopic units that can’t be seen with the naked eye. The size of a cell is 20-40 microns. (Diameter human hair is 70 microns) Individual cells organized together within a matrix make up the various tissues of the body. We name the cell according to the tissue it is. For instance, cells that make up the bone are called osteocytes; cells that make up cartilage chondrocytes.

All cells depending on their role in the body have a specialized function to ‘produce or perform’. Each cell can be thought of as an ‘individual factory’ that has a main function which is to produce something and/or perform in some way. For instance, cartilage cells are responsible for producing materials such as collagen and GAGs which are used to build and maintain the cartilage in our joints.

Why do we age?
In large part the failure of cells to ‘produce or perform’ over time is what leads to the overall process of disease or aging. Aging can be thought of as a progressive loss of tissue quality due to progressive deterioration in cellular function. When cells throttle back their performance tissue quality deteriorates and this is what we recognize on the macroscopic level (using the naked eye) as the aging process or the loss of human ‘form and function’ that we associate with HEALTH/YOUTH. Tight skin, muscle mass, erect posture, rapid fluid motion is progressively lost and transforms into looser skin, stooped posture, slower more erratic motion all because cells lose their capacity to perform.

Why do joints develop arthritis ?
Joints deteriorate because of cartilage cell failure. Arthritis is the loss of cartilage in the joint. Cartilage is a smooth firm material that covers the bone and allows bones to interact in a way where there is minimal friction and stress. When the cartilage cells begin to reduce production of materials like collagen and GAG required to maintain the integrity of the tissue it weakens and fails. Eventually when all the cartilage is gone the degree of arthritis is referred to as ‘bone on bone’. This progression generally occurs over many years and as it is happening people will begin to experience a loss of function, strength, speed and pain. A sine qua non of aging. For instance, running becomes painful so people switch to other types of exercises that reduce impact stress or don’t run as long or as frequent. They stop playing competitive sports or reduce the frequency or stop lifting heavy weights due to joint pain.

So why do cells fail to function?
One of the principal theories behind the aging process focuses is the progressive failure of mitochondrial function.

Mitochondria are the ‘engines’ of the cell. They produce the energy that powers the cell. They are responsible for converting calories into energy. In order for cells to function well and produce at a high level they need highly functioning mitochondria to produce the energy needed. One of the main theories behind cellular aging is mitochondrial failure. When mitochondria begin to malfunction becoming less efficient at producing energy this is what leads to reduced cellular productivity and tissue degeneration/aging. This would be true of any factory in the material world- without energy it can’t produce anything.

So, is there a way to keep the cellular engine running by preventing mitochondrial failure?
Some of the most current theories on this subject are centered around the role of enzymes called Sirtuins. SIRTs are thought to play a central role in maintaining healthy mitochondrial function. For instance, SIRT1 induces formation of new mitochondria. SIRT3 keeps mitochondria functioning smoothly

Caloric Restriction is thought to provide anti-aging benefits through it effect on SIRTs. There has been plenty of coverage in the mainstream media regarding intermittent fasting as a way to improve health. One of the proposed mechanisms for the health benefits is through its effect on SIRTs and hence the benefits for improving mitochondrial function.

Resveratrol the wine ingredient is also believed to confer many of its health benefits through its role on stimulating SIRTs. Pterostilbene has been described as an extra potent version of resveratrol also found in blueberries and grapes. These nutrients are hypothesized to provide their health benefits through their role on cellular metabolism specifically by its impact on SIRT.

NAD – Nicotinamide Adenosine Dinucleotide is a compound found in the cell that also has been identified and fuels the activity of SIRTs including SIRT1 and SIRT3. When NAD levels drop within the cell SIRT activity falls off which then leads to mitochondrial dysfunction. Extensive research has been done on NAD and its role as an anti-aging agent. As of recent report the US military special operations command is teaming up with private industry to develop a pill that would boost NAD levels in military personnel which it anticipates will have the benefit of boosting physical and cognitive performance.

1. Resveratrol. There are published studies using resveratrol injected into the joints of mice which prevents the progression of arthritis compared to experimental controls. Unfortunately, Resveratrol and Pterostilbene is not yet available for injectable treatment in humans. However, these nutraceuticals can be orally ingested and may help to improve joint health. They are found primarily in the skin of red grapes, peanuts so consumption of these foods expose your body to the potential health benefits. They can be also purchased as OTC supplements although the vitamin market is not FDA regulated so it is impossible to know if the label claim is represented in the actual formulation of the supplement.

2. NAD is available for intravenous injection and is one of the more popular anti-aging treatments. It is delivered intravenously by slow infusion. It is also available for oral consumption. Chromadex sells a product called Niagen and Elysium Health sells another NAD boosting product called Basis. The same caveat previously mentioned regarding OTC vitamins applies here. The benefit of IV therapy over oral tablets is the amount of NAD represented in IV form is FDA regulated so you are assured to be getting the benefit listed on the label. Also, the intravenous delivery of any micronutrient has a higher bioavailability compared to something consumed orally since there is no restriction of absorption from the gut or inactivation by the liver.

3. Caloric Restriction is relatively easy to do and is cost effective. There are a variety of ways to restrict calories and achieve the associated health benefits. If you have any chronic medical problems you should consult with your physician before starting this type of lifestyle modification.

1. IVMT Intravenous Micronutrient Therapy Vitamins and Minerals are essential to maintaining proper cellular function. Since these elements are essential for the cell to function vitamin or trace element deficiencies can lead to reduced cellular productivity. Vitamin D deficiency has been shown in published studies to increase the risk of arthritis progression up to 2 x compared to controls. Other vitamins such as vitamin C is important to maintain healthy collagen which is the core material that gives cartilage its structure and strength. Essentially any vitamin or trace element deficiency can lead to reduced cellular function and thereby reduced tissue integrity. Intravenous Micronutrient Therapy an established method for delivering essential vitamins and micronutrients at levels that cannot be achieved through oral administration. As an example, the maximum serum concentration of vitamin C that can be achieved through maximum oral consumption is 9.3mg/dl compared to 80mg/dl that can be achieved with intravenous therapy. Magnesium serum concentrations essentially do not change with oral consumption however with intravenous administration the levels can be tripled. The serum concentration is probably the most important factor for achieving the goal of health. As an example, the antiviral effect of Vitamin C is seen at a serum level of 10-15mg/dl a level that can only be achieved through intravenous administration of the vitamin. The concentration of magnesium in the myocardial cells is 10 times higher than it is outside the cell therefore to restore proper magnesium levels in the cell the oral administration of magnesium will not be effective.

2. Exercise The importance of exercise cannot be understated. Cellular function requires energy production through the activity of the mitochondria as previously discussed. The mitochondria require calories and oxygen to produce that energy in the form of ATP. As we know oxygen travels to the cell through circulation or blood flow. Therefore, circulation is essential to get oxygen to the cell for energy production. At baseline some tissues have relatively poor circulation and it is only with physical activity that the circulation in the tissue increases and oxygen delivery to the cell increases. This is especially true for our tendons and joints. Without a proper regimen of exercise, we may be essentially starving our locomotive tissues of the oxygen required to maintain cellular health.

3. Hyperbaric Oxygen Therapy is another method of delivering high levels of oxygen to the tissue using increased atmospheric pressure. This requires specialized equipment – hyperbaric oxygen chamber- which can be purchased for home use. A recent study from the university of Tel Aviv, published in the Journal of Aging April 2020, reported a reversal in the aging process through the use of hyperbaric oxygen therapy.

4. Cryotherapy Is another way to increase circulation and improve oxygen delivery to our cells. The treatment is based on an exposure to low temperatures that causes blood vessels in our extremities to constrict pushing blood centrally and elevating mean blood pressure followed by exposure to warm which causes rebound blood vessel dilation under high pressure which improves circulation and increasing oxygen delivery to the tissues. This can be done using commercially available cryotherapy machines that achieve below freezing temperatures. It can also be done using a cold water/hot water plunge which has been popularized in the Scandinavian cultures and is referred to as the Nordic Cycle.

Time will tell what ‘fountain of youth’ therapy Altos will find but this will take time to uncover, test and bring into the marketplace. But, you don’t have to wait for these yet unknown therapeutics if you want to look and feel better today.

Your feedback is valuable for us. Your email will not be published.
Cancel Reply

No posts were found!