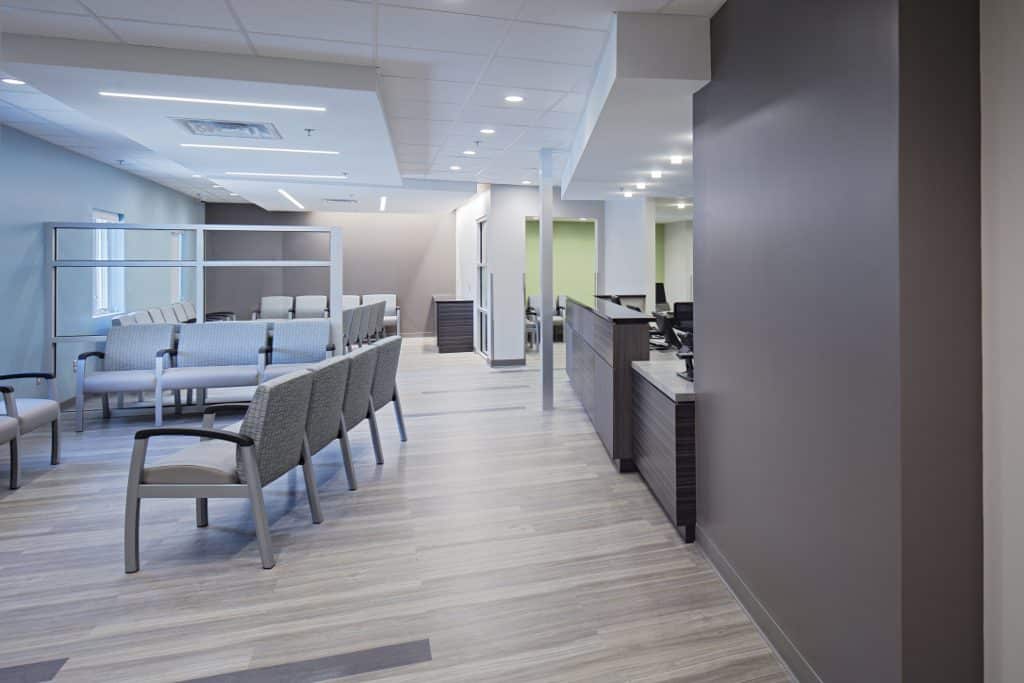 The human spine and vertebrae suffer tremendous amounts of stress each and every day. Physical activities we take for granted, such as walking, bending, lifting and twisting, constantly stress the protective, gel-like disks sandwiched between vertebrae. If one of these discs slips out of position, the disc will bulge and press against spinal nerves, causing the pain and inflammation indicative of a herniated disc.

A herniated disc is an intervertebral disc that has pushed past its normal boundaries. Often, the outer ring has ruptured, allowing the inner core to extend out (herniate) beyond its borders. Because of this type of damage, a herniated disc is sometimes called a “slipped disc” or “ruptured disc.” Without disc herniation treatment, the condition can be very painful and cause neurological symptoms.

A herniated disc may be caused by trauma or injury. The symptoms of a herniated disc are different depending on whether it occurs in the neck (cervical spine) or lower back (lumbar spine).

The symptoms of a herniated disc include:

A moderately or severely herniated disc that fails to respond to physical therapy or anti-inflammatory medications usually requires further herniated disc treatment to relieve chronic pain and stiffness. Your herniated disc doctor in New York City may recommend a spine surgery known as a discectomy to remove displaced or bulging disks that are putting too much pressure on spinal nerves.

Disc herniation in the cervical spine often causes neck pain, more specifically a pain between the neck and the shoulder. If the herniated disc presses on the nerves that innervate the arm, the arm may tingle or partially lose sensation (become numb). In severe cases, people with cervical disc herniation may lose strength in in the hand and arm on the affected side.

Disc herniation in the lumbar spine may cause low back pain, but it may also cause pain in the buttocks, or in the front or back of the upper thigh. A herniated disc may cause pain to shoot down the leg, causing sciatica as well. Curiously, the shooting pain of a herniated disc may briefly get worse during coughing or a sneeze. If the herniated disc interferes with nerve function, it may cause numbness, tingling (pins and needles), or weakness in the leg or foot.

One or more of the following symptoms may indicate a severe herniated disc or a more serious problem:

Fortunately, most herniated discs will heal with time and nonsurgical disc herniation treatment. Your herniated disc doctor may prescribe one or more of the following treatments:

Your local herniated disc doctor in Staten Island, Jersey City, or NYC may carefully inject steroids into the affected area. These corticosteroid injections can reduce swelling and inflammation, which can reduce pain and neurological symptoms.

If you think you may have a herniated disc and would like to discuss disc herniation treatment options, call iOrtho today to schedule an appointment at one of our locations in Jersey City, Brooklyn, Staten Island, or New York City.

Most patients spend a few hours in recovery and go home the same day they have a discectomy. Recovery time depends on the type of discectomy you receive, the form of anesthesia used, your age, health and various other factors. Your herniated disc doctor in Jersey City will encourage you to avoid sitting too long and to walk as much as possible.

Please contact us through our secure portal by clicking the blue Message Us button on the bottom right of the iOrtho website. For immediate need, please call us at 833-Go-iOrtho (833-464-6784).